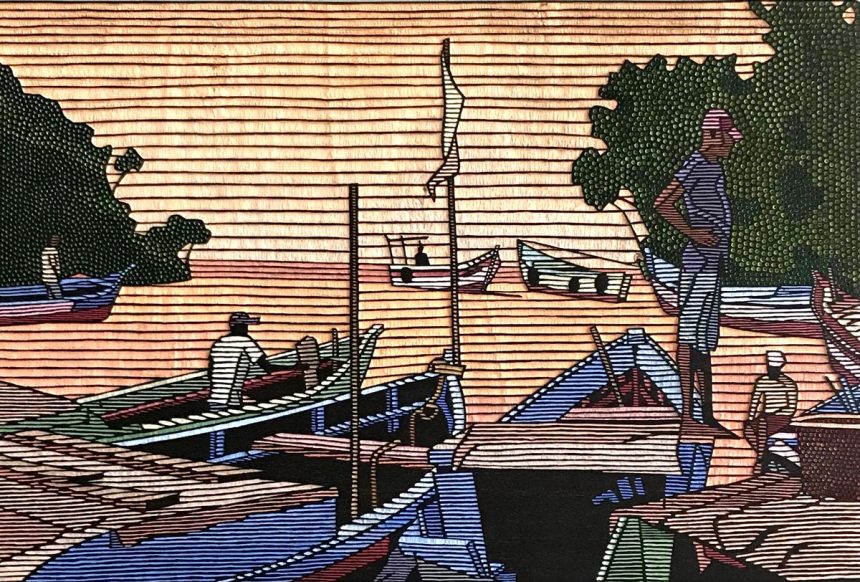 José was born in San Juan, Puerto Rico in 1967. Torres Pereyra completed his Bachelor’s degree (Magna cum laude) in Graphic Arts from Escuela de Artes Plásticas del Instituto de Cultura Puertorriqueña. As an important component of his artistic development, José Oscar felt the need to break with the woodcut limitations to be able to express his vision of reality in a more authentic way. With that in mind, he incorporates in his work new wood carving techniques that verge in scientism and allows executing images where drawing, painting, and engraving merge directly in the original wood plate. The work of José Oscar Torres is a work of fine art, that for its singularity, transverses the traditional graphic boundaries.

“José Oscar Torres is heir to the tradition of Puerto Rican artists who for half a century devoted to the graphic arts. The woodcut was the favored technique for that time, and it turned the inspiration and purpose of local art. After the historic revival of woodcarving in his new role liberated from academic restrictions, the proposal of José Oscar is carried out in a more democratic world and echoes the artistic plurality. These circumstances lead him to develop a trope extremely curious and conceptually deconstructive xylographic process.

His work disrupts the original purpose of the wood carving process. It is an overview that eliminates the printing of the image and provides the engraving as an end product. We must recognize immediately that this new offering does not involve interrupting a sequence in the process and to end the work before printing, but, on the contrary, it requires changes and focus in the carving from the beginning, because everything from the overall design of the image, until the calibration tones, lights, and shadows, will depend on the hundreds of shots gouges like splashes of color…”