Helmut Preiss was born in Vienna, Austria, and attended the Academy of Art in Vienna at the age of 16. There he studied the painting and drawing techniques of the old masters such as Franz Hals, Roger Van Weyden, Hironimus Bosch, and Albrecht Duerer as well as the techniques of the impressionists and fauvists, such as Monet, Degas, Cezanne, Van Gogh, and Matisse.

In 1960 Priess made his first etching on lithographs on stone. More lithographs followed in the later years.

From 1966 to 1975 he spent his time illustrating over sixty children’s books for the publishing houses of Ueberreuter, Bertelsmann, and Donauland. These illustrations included in books like Treasure Island, Moby Dick, Fairy Tales, and many others.

His style of painting at the time was that he considered “Lyrical Naturalism” deemed “Neo Surrealism,” by the critics. His influences were Salvador Dali, Max Ernst, Picasso, and Giorgio Di Chirico.

In 1973 Helmut Preiss held his first major exhibition in a one-man show in The Museum of Art in Munich, Germany. Many shows followed in Austria, Germany, Monte Carlo, Lichtenstein, Italy, Switzerland, France, and The United States. 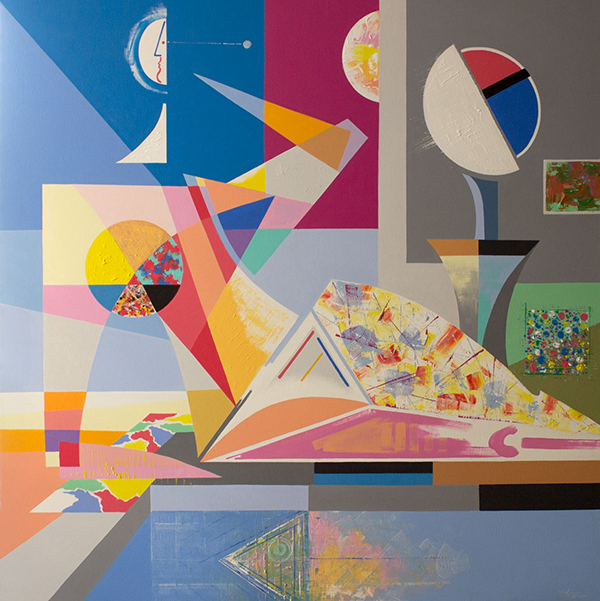 In 1987 Helmut met and married his muse Rebecca and settled in the United States. In 1992 he came to Tampa, Florida where he spent the rest of his life.

In 1991 Helmut began a new transition in his art. Feeling trapped with naturalism, he felt the need to break free from the confines of traditional art. He needed more color, more form, more freedom. This new realization gave him the possibility of working the finest details of abstract images and forms into his art and a new way of using his knowledge of naturalism. A fine example of this his series “Mechanical Figures.”

This unique style has found many fans and is being sold to art enthusiasts and collectors in The United States and all over the world.

There are many other private collectors who own original art in their homes and businesses. 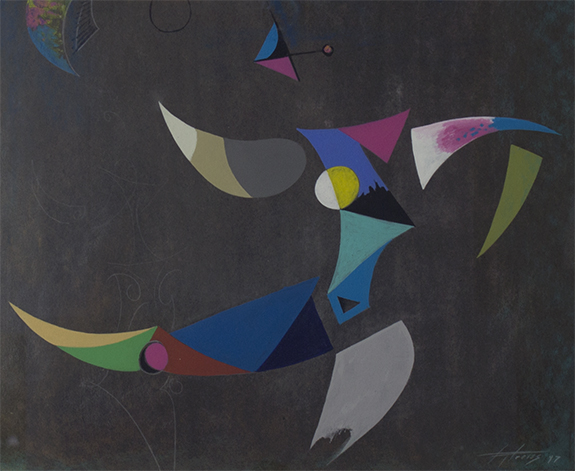