Suzanne Benton is a native New Yorker who has shared her many-faceted art for over 30 years and in 34 countries. Exhibiting widely (150+ solo shows and representation in museums, and private collections worldwide), she’s a highly recognized metal mask maker and mask performance artist, printmaker, painter, lecturer, and workshop leader.

Every generation has its own path, and it must be met with resilience and ingenuity. There’s no free pass. Life takes us down pathways we’d never imagined and some are profoundly difficult. You may be bowed, but never break.

A trans-culturalist and feminist pioneer based in the States, her venues stretch from New York City to villages in remote parts of Africa, India, and Nepal, and to philosophy and education portals from Calcutta to Cambridge.

NV: Suzanne, when was the first time you identified as an artist?

Upon hearing the international soprano Lily Pons sing Queen of the Night from Mozart’s Magic Flute on “the Radio Hour” at the age of three, i wanted to be an artist just like her. But I had no voice. At age eight,  I heard a recording of the renown Vladimir Horowitz pianist playing Schubert’s Military March in D flat major and only wanted to become a classical pianist of his caliber.

Though I still love to  play classical piano, it was my first visit to the Museum of Modern Art at age 15, the one that found me entranced in front of a small Cezanne oil painting, Pines and Rocks that I knew without a doubt that I had to become a visual artist. That Cezanne painting showed me that he had a sense of life I wanted passionately to partake of. I immediately told my friend and museum companion that I wanted to be an artist. He replied by saying I needed to study at Manhattan’s Art Student’s League. I did. The rest of my tale followed from there. Little did I know or imagine at that time, that I’d become a visual and performing artist, a metal sculptor, painter, printmaker, workshop leader, lecturer, and feminist activist who would work in 32 countries worldwide.

NV: How do you think art can be therapeutic to provide healing today?

The healing power of creating and perceiving art has been well documented. You can get an advanced degree in the thriving field of Art Therapy. I’ve seen the healing power of art most specifically in my mask/story workshops. My students become  visibly happier and more at peace, because the work touches a deep transformative core that deepens their soul.

NV: You are a very passionate and courageous woman. What advice would you give young emerging female artists?

Though the playing field remains challenging for women artists, I delight in seeing how accomplished, and confident women are as they now embark upon their lives. Every generation has its own path, and it must be met with resilience and ingenuity. There’s no free pass. Life takes us down pathways we’d never imagined and some are profoundly difficult. You may be bowed, but never break. Economic success may or may not come to you. You have to need to make art above all. If you can stay true to your calling, it will save you through the hard times, keep you sane, and help you grow as an artist and human being.

NV: When you are buying a piece of art or décor for your home, what’s most important for you? What do you look for?

Over time, you develop an eye, not only in creating your work, but in all you wish to surround yourself with. It’s a feeling and a knowing. When it appears before you, pounce on it and bring it into your life. The same holds trues for friendships. You’ve learned to make them, to keep them, and to attract new people in your life because of the need to care, and share. Love is another tale where you’ll have to find your way.

NV: What are your future plans as an artist?

I’ve lived and worked as an artist for many decades. Entering what is called Late Style, I feel the same sense of mystery as with other periods that have drawn my focus and fascination. I bring the same wonder, anticipation, and delight as to all I’ve created in former times. 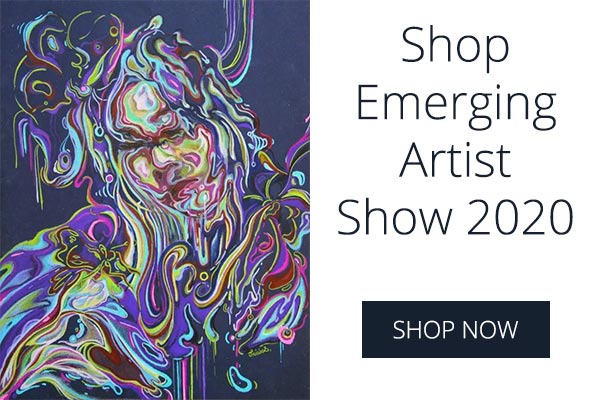